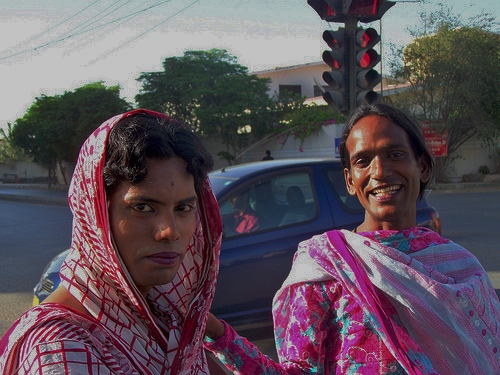 Bitcoin slumped back below $40,000 amid reports the Treasury Department wants all cryptocurrency transactions over $10,000 to be declared to the IRS

In a report issued on Thursday, the Treasury described new compliance proposals from President Joe Biden, including mandatory tax reporting for transactions of $10,000 or more for Bitcoin and its rival cryptocurrencies.

‘This is why the President’s proposal includes additional resources for the IRS to address the growth of cryptoassets.

‘Within the context of the new financial account reporting regime, cryptocurrencies and cryptoasset exchange accounts and payment service accounts that accept cryptocurrencies would be covered. Further, as with cash transactions, businesses that receive cryptoassets with a fair market value of more than $10,000 would also be reported on.’

The measure, set to take effect in 2023 if passed, would require businesses to report crypto transactions over the threshold to the IRS, as they are currently required to do with cash, in a bid to crack down on tax evasion and money laundering.

Bitcoin dropped 6 percent on the news to just under $40,000, a day after Wednesday’s turbulent trading that saw the coin whipsaw up and down 30 percent within hours, with support from Tesla CEO Elon Musk fueling the rebound.

Musk continued stirring on Thursday morning, tweeting a photo of a dollar bill modified with the Shiba Inu dog that is the mascot of the joke cryptocurrency Dogecoin, and commenting ‘How much is that Doge in the window?’

Dogecoin rose in response and then swung between gains and losses in volatile trading. In afternoon trading, the meme coin was up nearly 10 percent on the day.

Analysts believe that Thursday’s proposal could bolster the value of cryptocurrency long term, by granting Bitcoin, Ether and their rivals true legitimacy, as well as making transactions using the currencies safer.

Before Thursday’s IRS announcement, Bitcoin had earlier regained some lost ground to trade above $40,000 on Thursday morning.

The increase in value came a day after a brutal selloff on concerns over tighter regulation in China and unease over the extent of borrowing in the cryptocurrency world.

The biggest and most popular cryptocurrency rose 13 percent on the day to hold above $40,000, after plunging and rising as much as 30 percent on Wednesday to its lowest since late January.

The bounceback came after prominent crypto backers including Ark Invest’s Cathie Wood and Musk indicated their support on Wednesday, and small investors rushed in to snap up coins at a perceived discount.

Wood said in an interview with Bloomberg that she was still sticking to her forecast that the value of Bitcoin would ultimately top $500,000.

Tesla CEO Elon Musk calmed cryptocurrency markets by indicating his support on Wednesday, and small investors rushed in to snap up coins at a perceived discount

Musk reiterated that Tesla was holding on to its Bitcoin investments, tweeting on Wednesday morning: ‘Tesla has [diamond hands]’.

‘Diamond hands’ is slang popularized by the Reddit forum WallStreetBets, indicating a refusal to sell even in the face of falling prices.

Tesla stock was up 1.7 percent in pre-market trading on Thursday. The company indicated plans to accept Bitcoin as payment for its cars in March, but Musk suspended that crypto zero binary copy option in windows earlier this month over environmental concerns, temporarily sending its value plummeting.

‘The next few months will show if the bull market will continue or if it’s the start of the end of its run.’

Wednesday’s declines in digital assets were one of their biggest daily percentage moves in more than a year as investors rushed to exit trades that until recently were outperforming traditional markets such as stocks and bonds.

The meme-currency Dogecoin also clawed back from the sell-off

The catalyst for the latest selloff was a statement by Chinese financial industry bodies reiterating the country’s ban on the use of cryptocurrencies in payment and settlement, and prohibiting institutions from providing crypto-related products or exchange services between cryptocurrencies and the yuan or foreign currencies.

But Bitcoin had already been under pressure for almost a week after a series of tweets from Musk, a major cryptocurrency backer, chiefly his reversal on Tesla accepting Bitcoin as payment.

Analysts said the upheaval was far from over.

‘It’s too early to say if the rebound we´ve seen off the lows in crypto has legs,’ said Chris Weston, head of research at brokerage Pepperstone in Melbourne.

‘I question if we will get a chance to catch our breath or is there more volatility in store?’ he said.

Weston pointed to how $9.13 billion of cryptocurrency positions had been liquidated across exchanges over 24 hours, and $532 billion in total volume transacted.

The slide forced some investors to close out leveraged positions in cryptocurrency derivatives, which caused prices to fall further and knocked digital assets down into a lower trading range, traders said.

Coming off a six-fold jump on the back of rising usage in non-fungible tokens on digital art platforms, Ether’s selloff was far more damaging with the digital currency trading 39 percent below record highs.

Bitcoin’s year-to-date gains still stand at 37 percent, though it is off recent highs

Still, Ether is up more than 270 percent so far this year and Bitcoin’s year-to-date gains stand at 37 percent.

While some retail traders saw missed opportunities in the slide, others saw the rout as a chance to pick up digital assets on the cheap.

Milko Markov, an independent London-based trader, said he had been buying Ether.

‘Those with a bit more experience in the crypto market know two cardinal rules: don’t leverage and dollar cost average,’ he said.